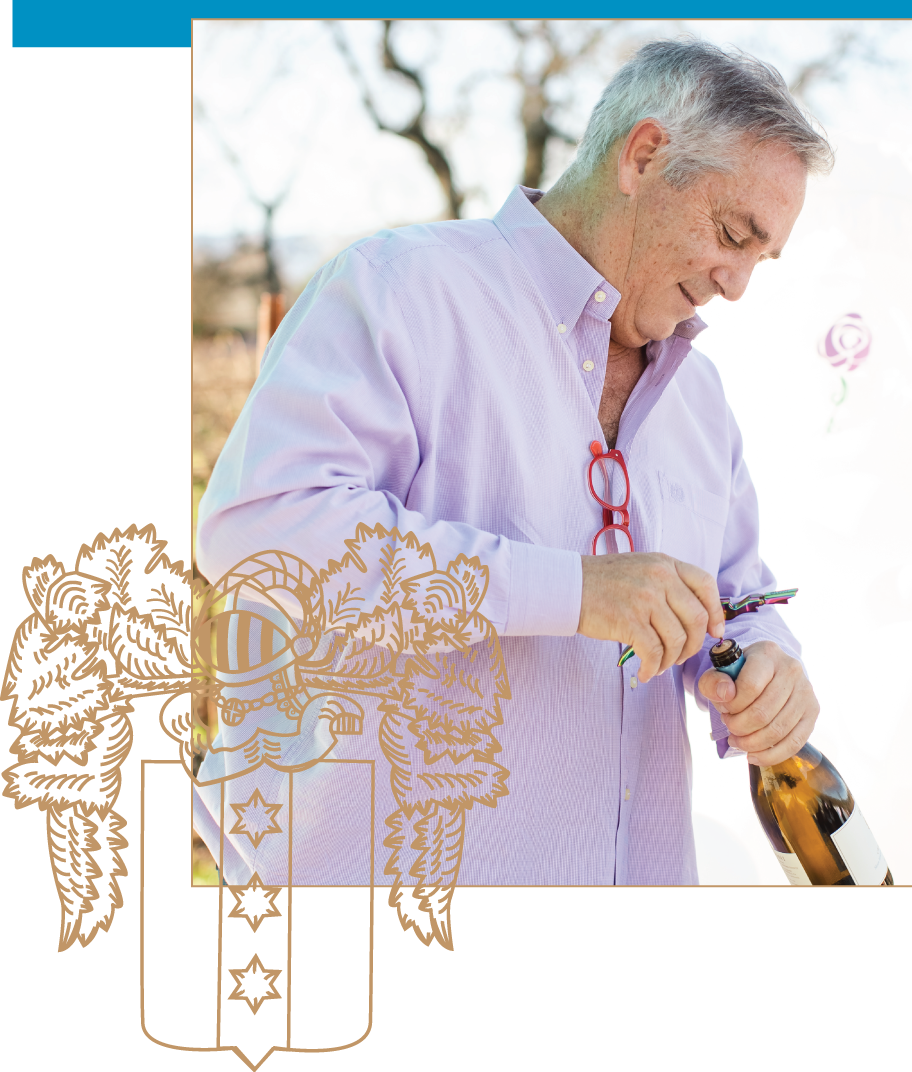 Patrick Gabrielli, as his last name implies, comes with his own Italian heritage and found his Petroni “home” over four years ago, resonating with the fact that he and the late Lorenzo shared the proximity of Tuscan roots. He jokes – and we all believe him, of course – that he began sipping wine when he was two years old and had much later had his very own Gabrielli Family Wines in Mendocino, where he was very much hands on in all processes of planting and growing the vineyards to winemaking and selling the 3000-case production wines. Later on, he worked as a sommelier, studied at l’Ecole du Vin in Bordeaux and speaks almost fluent French and Italian. Patrick knows fine wine well and has a diverse cellar of his own, which had, at one time, included a large format of La Tache, a near-impossible wine to find.

Some would call Patrick a host, ambassador or sommelier, but he is so much more. Several of his “clients” are much more than that – they are friends – family, almost, in that they have enjoyed wine, meals and he has even been a guest in their homes after visiting to conduct a tasting or wine dinner. “I believe wine is synonymous with memories, like music and food. I think you will remember the wines you love and the memories that it can create. There’s a strong connection between the people I’ve sat with, the wine and stories that I have shared, quite like the strong relationship with the terroir, the grapes grown and the wine that is created.”