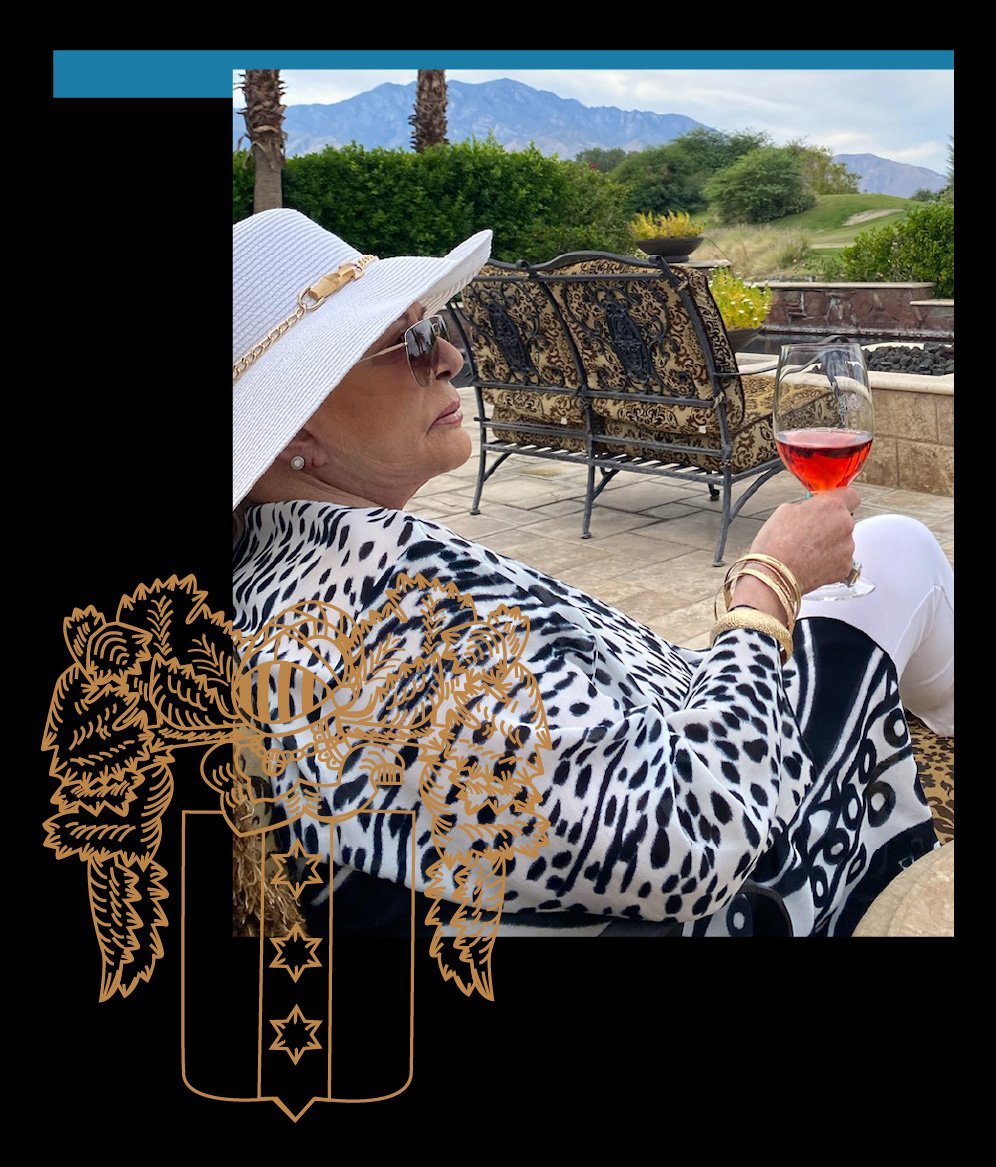 Maria Elena raised her family in San Francisco and attended Lone Mountain College in San Francisco before it became known as University of San Francisco’s Lone Mountain Campus in 1978. She and her late-husband, Lorenzo, an Italian immigrant, founded Petroni Vineyard in 1991 in an area of Sonoma Valley known for its volcanic soil, foggy mornings and sun-drenched afternoons, much like Tuscany.

Maria Elena and Lorenzo met while she was on a date. She noticed Lorenzo behind the bar of the North Beach restaurant he owned, cigarette in his mouth, a cocktail in his hand and big mutton chops on the sides of his face. She knew she’d marry him.  Lorenzo had owned the restaurant since 1970.

Maria Elena and Lorenzo had often escaped to Sonoma, away from the hustle and bustle of the City, and embarked on the journey of making Sangiovese wine of their own. The piece of land they purchased in Sonoma Valley was raw, but they had a vision to turn it into a premiere vineyard.  It became a second home for the family, and they were able to turn their first vintage in 1996. Over the next 25 years, they developed the land further and cultivated nearly a dozen other types of wine, with the help of their amazing team.

Always wanting to help others, Maria Elena’s time was also spent volunteering, twice a week, at St. Anthony’s soup kitchen, where she spent 25 years providing meals for the homeless.

Recently Maria Elena semi-retired and moved to Palm Springs, but still attends meetings for the vineyard each week and continues to hold the traditions of producing wine in her husband’s honor.